As an Amazon affiliate, we earn from qualifying purchases. 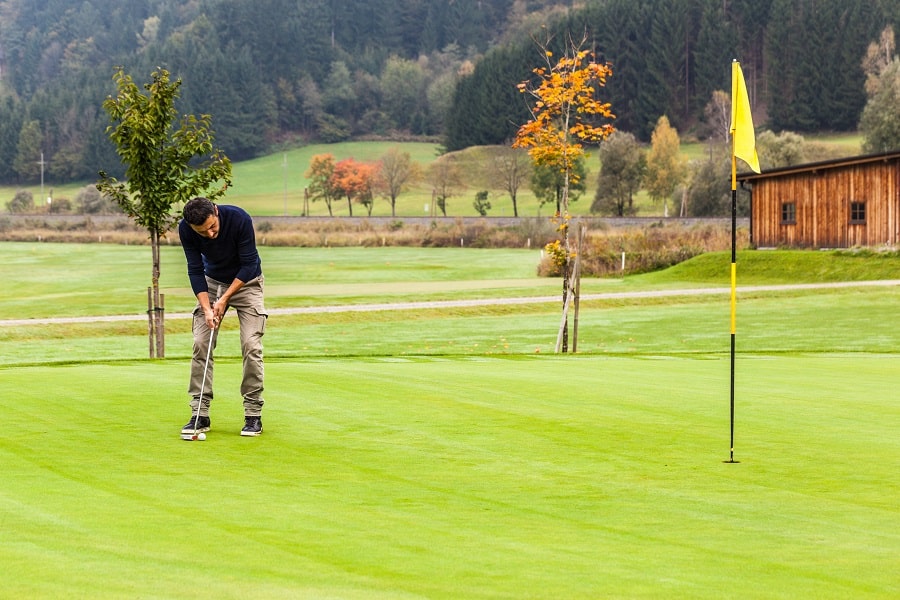 Do you want to improve your putting? I don’t think there is a golfer out there who would answer no to that question.

One of the simplest ways to start sinking more putts may sound like something from the world of physics, but all you need to know is that by choosing a putter with a high MOI (Moment Of Inertia) you are going to see some significant changes in your putting game. All for the better!

In this article, we take a look at some of the best high MOI putters currently on the market to help you decide which is best for you and your game.

Firstly, MOI is an acronym for ‘Moment Of Inertia’, and in the world of golf, it simply means that when you choose a putter with a higher MOI, the less chance there is of the putter twisting on off-center hits during impact.

Club manufacturers achieve this by moving a large amount of the putter head mass away from the center of gravity. This is why most higher MOI putters are the mallet-style putter as opposed to the blade-style of putter. You will generally find that the putters with the highest MOI levels are the largest and most abnormally-shaped putters.

How Does It Work?

Simply put, when you strike a putt from the heel, or especially the toe, the putter face twists with impact. This twisting has a huge effect on the outcome of your putts.

By moving the MOI outward and away from the putter heads center of gravity, it creates a far higher resistance to twisting and off-center hits.

Benefits Of A High MOI Putter

Disadvantage Of A High MOI Putter

High MOI putters are very similar to game improvement irons in that they offer maximum forgiveness for the player, but without any of the feel and feedback. This may not be to everyone’s taste.

That being said, there are a huge amount of professional golfers on tour currently using a high MOI putter, and .that says a lot. The pros are constantly looking to gain any advantage they can over their competitors, while improving their game and lowering their scores. A high moment of inertia putter helps them to achieve this, and for the same reasons, you should be looking to use one too.

Like anything, this style of putter will take time to get used to if you have been using a smaller blade-type putter, but once you are comfortable with it, you are probably going to wonder how you ever managed without one.

The Spider putter has been a staple for Taylormade now for 10 years, and this latest model has been designed to create more stability than ever before, along with a new approach to alignment.

It has a steel frame that is 30% heavier than previous models to reduce twisting, and their true path alignment helps golfers to visualise their target line, improving their overall putting accuracy.

Odyssey was acquired by Callaway back in 1997, and is the second most popular brand of putter on tour after TaylorMade, and it’s not hard to see why.

Their new shaft reduces weight which is then relocated into each end of the putter producing a smoother and more accurate putting stroke. And the two-ball design we are looking at here is probably the most famous and iconic Odyssey designed putter in their history. It provides a classic alignment aid in the two ball-like markings on the top of the club head.

Next, we have the Cleveland Huntington Beach #11 putter. Another great example of a high MOI putter with a speed-optimized face that helps to produce consistent distance, even on mis-hit putts.

The face is diamond CNC milled with deep grooves to provide a true roll upon impact and helps to start the ball on-line. The high MOI is produced through strategic weight distribution providing stability and a solid feel for straighter putts.

Next, we have a cheaper option that has still had some great reviews.

The Tour Edge 10 putter has micro-grooves in the face insert reducing skidding, whilst providing true roll on the golf ball. The jumbo grip also minimizes the breakdown of the wrist to help create a more pure and fluid stroke.

A very similar design overall to the 2017 TaylorMade Spider putter, the Tour Edge 10 has a classic putter head design with the high MOI created through heel-toe weighting for added forgiveness and consistency of strike even on off-center hits.

The contrasting color alignment markings on top of the putter helps to line up putts quickly. And the jumbo grip that comes as standard helps prevent any wrist breakdown for a more fluid putting stroke.

The counter-balanced technology moves the balance point close to the golfer’s hands to help create more control in the putting stroke. It also has a new ultra-dark anti-glare finish, which helps to reduce glare and accentuate the alignment markings on the putter.

And finally, it has an oversized grip with a new and improved perforated pattern which aims to improve the feel. The grip weighs in at 104 grams to create a counter-balanced feel in the putter.

So there you have it, five of the best high MOI putters currently available today. And while choosing a putter has a lot to do with personal choice and what feels most comfortable for you we do have a favorite.

The Cleveland Huntington Beach #11 putter is the model that stood out for us. It has some great technology and features that you would find in putters that are easily twice as expensive.

Cleveland is a brand that sits quite quietly under the radar in the golfing world, yet produces some top quality and affordable equipment. This putter is a great example of that! 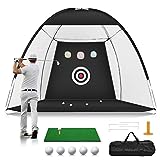 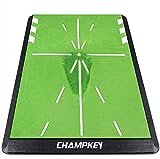