Volvik seems to be a golf ball brand that’s on people’s lips more and more often these days. If there’s one thing that’s immediately telling about them, it’s the vivid colors. Whenever you spot someone playing a hot pink or lime green golf ball, odds are they are using Volvik. But are the flashy colors everything these balls have going for them?

Well, there must be more, considering the sheer number of models available on the market. They’ve been around since 2010, reaching American shores in 2012. Volvik is the sponsor of the LPGA Volvik Championship, as well as being commonly used for the World Long Drive championships. If that doesn’t give you an idea of their quality, nothing will.

It’s important to know that, in spite of their fantastic performance, Volvik balls are compliant with the standards for tournament play set by USGA. However, this isn’t true for all the models, as the Volvik Magma is banned in tournament play.

We’ve decided to put Volvik to the set, to see how their balls actually fare on the field (Check also Our Vice Golf Balls Review). Below you’ll find a review of eight models of Volvik available for purchase right now. Are they really as amazing as they seem? Let’s find out.

The first thing you’ll notice with the Volvik Vivids is that they are very long. You’re going to see a substantial difference in carry distance, as well as a tendency to go straight. Thanks to the extremely vivid colors, they are very easy to track in-flight. Somehow, they stay in the air longer than most other balls do.

What may seem like a tiny detail here actually makes a huge difference. The matte finish actually ensures that the balls have a bit more of a grip on the green, unlike surlyn covered balls. It also makes the balls feel softer than they actually are. On a scale, they’re definitely softer than a Rock Flite ball, but definitely not as soft as one made by Tour.

It definitely feels nice to play with. The vivid colors take some getting used to, but they grow on you quick and you’ll be appreciating their advantages very early on. The balls are also market with a little arrow that makes it extremely easy to line up to the target off the tee and on the greens. It travels fast and strong, unobstructed by the wind, and overall it offers great value for a mid-range ball. One disadvantage that bears mentioning is that the balls scuff easily, but thankfully, the scuffs are barely noticeable. 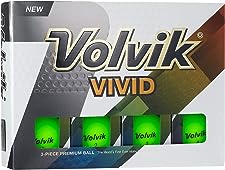 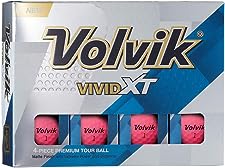 Much like the Vivid series, the Crystal has an incredibly long range. In fact, this may just be the longest ball in the entire Volvik lineup. This makes it the perfect ball for slower swinger and want to improve your distance and accuracy. It also has a tendency to go straight, so you’ll have no problem getting it where it needs to go.

Unlike Vivids, however, Crystals are hard. Very hard, even. Usually, on a 135 yard pitching wedge set, Crystal finishes on average 8 feet from the pitch mark. At times, it may feel like hitting a rock. Of course, hard balls can work well in the right hands, so really just make sure this type of ball matches your playstyle before you get one of them. Try to be gentle with it, as it can run out much faster than other balls from this company because of this.

And once again, much like the Vivids, it is very bright, making it incredibly easy to spot from anywhere. While it lacks the matte finish, that actually makes it much easier to reflect light, so thanks to the very bright coating you’ll have no problem either following its trail as it flies, or finding where it lies on the ground. 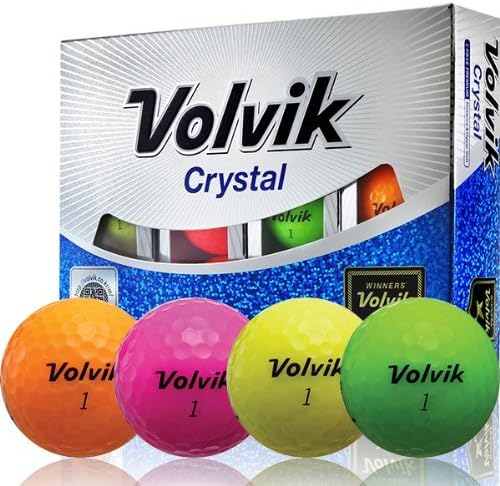 The Vibe is a model that was manufactured in order to compete in the low-compression market. This is achieved through a urethane cover, giving it a much softer feeling on the greens, though it still has more bite. In essence, it’s a pretty moderate, balanced type of ball.

The result is a ball that provides lower spin off the longer shots, which results in greater distance. The urethane cover comes in here and gives you the ability to stop the ball faster, giving you back the control in the short game.It’s also much easier to gauge the roll out of the ball right off the bat, so playing bup and runs and pitch shots becomes quite trivial. Also, if you’re bothered by the neon colors of Volvik usually has, this one comes in white too. 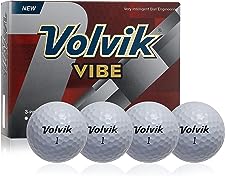 The first thing you’ll notice about the S4 is that it is very soft – soft to the point that it feels like you might peel it open on impact. You’ll also notice a seam running around the middle of the balls – something that’s also found on the Pro V1, for example. This is a hint of what’s to come.

The S4 performs amazingly. It’s no wonder it’s one of the more expensive models of the collection, as it definitely delivers a quality on par with the Pro V1. Expect long tee shots and amazing back spin. Additionally, thanks to their softness, these balls won’t run out as quick as most others, so don’t be afraid to get a little rough with them. 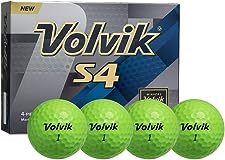 The Vista iV is a 4-piece ball, as the name suggests. It’s a hard ball that is far more durable than a urethane ball, all thanks to the cover being made from Zirconium Z-I. No matter how many times and how hard you hit it, you probably won’t see a single scuff on this ball – it’s durable, resistand, and will stay in good shape for long.

That is essentially its main draw, as it doesn’t offer the best results for a four-piece, but it does get the job done. It covers a great distance for very fast swings. If you’re turned of by Volvik’s regular neon colors, the more pastel hues of the Vista iV will be right up your alley. Thanks to the four layers, there is a dual core inside the ball, with 12 patents. This makes it a solid choice in general, though not exactly one that’s entirely worth its price. 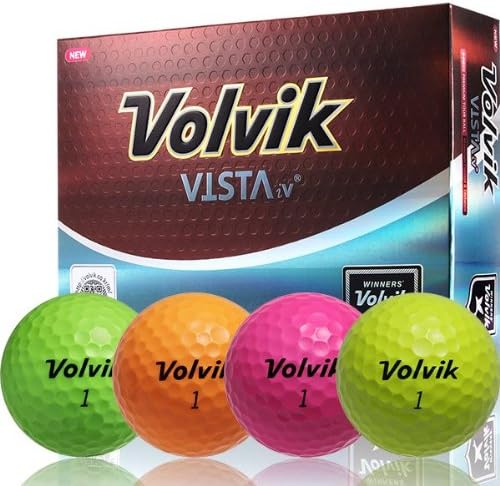 Though the name suggests otherwise, the XT variant of the Vivids actually has a much more subdued color pallet. This very solid ball is actually a 4-piece, so this is basically Volvik’s take on premium products.

Compared to the standard Vivids, the XTs actually make a much softer sound off the clubface, despite the fact that both have a compression of 100. Flight is also similar to how it was in the vivids, but the biggest difference really shows on shots inside 150 yards. They’re also actually much more likely to bounce off the butter face, providing you with much softer feeling as feedback. These balls also stop much quicker than Vivids.

It’s important to note that these balls are the best suited for players with a fast swing. If you can’t go over 100 mph, this might not be the best ball for you, You’ll see a lot more spinning than with other Vivids, and you’ll get a much softer feeling. Finally, you get some very good alignment aid on the side of the ball. 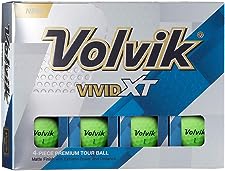 Volvik Vivid comes back once again in a collector’s set. While the neon colors of the balls have their big advantages, it’s not easy to see why they aren’t for everyone. For this reason, Volvik has introduced a special edition for all Marvel fans out there.

These balls are identical to the Vivid Mattes we discussed earlier, but are finished with a motif of one of the Marvel superheroes. Choose between an Ironman, Captain America, and Spider-Man theme and get even more fun out of your Volvik Vivids! 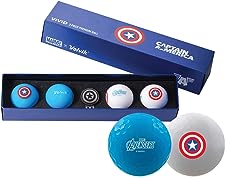 Perhaps neither neon colors or Marvel heroes are your thing. Not to worry – Volvik has a solution for you as well! The Skull & Crossbones golf ball collection includes 4 balls in classy black and white, along with a classic skull and crossbone design that will let you feel like you’re out on an adventure in the wide open sees.

These balls are identical to the Vivid Mattes and Marvel balls we’ve covered in our review – the only difference here is the coating. Enjoy all the benefits of Volvik Vivid Matte balls with none of the bright colors to distract you. 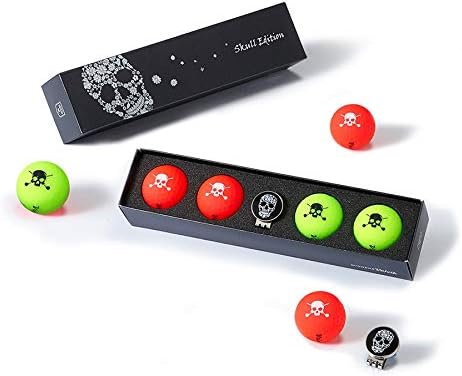